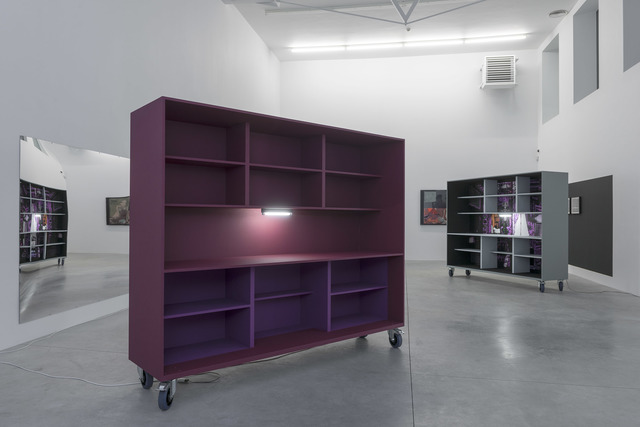 "A carrel is a kind of separated cupboard that also serves as a database – it’s a moving study table. In the Middle Ages, carrels were found in monastic libraries, where monks used them to isolate themselves from the environment's noise.

The first carrel I made for a crematorium, the next three were for an exhibition at Zeno X Gallery. They were shown together with large PVC collages, based on quotations from the mystic Marguerite Porete and on Karol Szymanowski’s composing manner. Each of the carrels stands for a step in the development of data processing machines: they are computers, in other words.

Their titles are: Enigma, Colossus, Connection Machine and Coromandel Disturbed 1 and 2. The first was an encoding machine, the second a decoding machine, and the third was launched as a revolutionary idea to put the processing system (the processor) precisely where the information is stored: in the memory. This way, the memory becomes the processor in the computer. I drew a parallel to the stages of a human life."