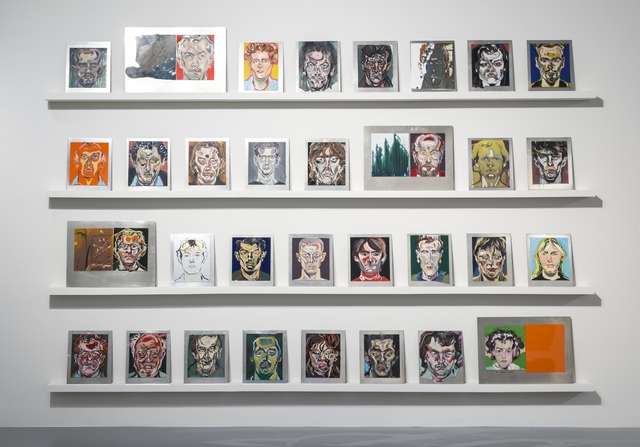 "The series Die Loreley consists of 54 portraits of acquaintances, friends and family members who spontaneously visited me during the period 1987–1990. I let chance decide, and only asked them to come back once again to give me two hours of their time. That was the average time I needed to paint the portrait, in two 45-minute sessions. The natural light in my studio was also limited.

I prepared the paint for one Plexiglas support per person. I started with the white of the eyes, around which I formed the rest of the face. During the sitting, people had to look me straight in the eye. In chronological order, in the order in which they visited me, I gave each model a line from the poem Die Loreley. There are nine people per stanza, and the poem has six stanzas.

The intention was to link a high-quality photo print of each portrait to the specific words. In this project, the portraits are only the first step to the final work. The second phase was stopped at a certain moment because it took too long to collect enough portraits. The poem Heinrich Heine wrote in the nineteenth century is about melancholy and inevitability – destiny in its most fatal form."