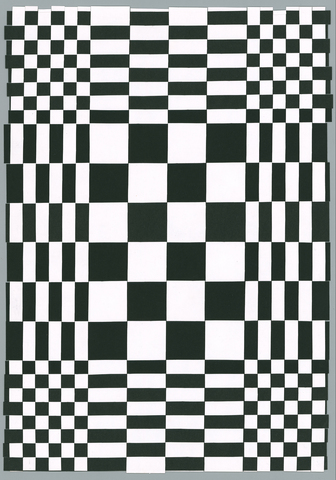 This collage is part of the ephemeral oeuvre from artist and architect René Heyvaert. A collection of these pieces consists of objects and drawings that are difficult to grasp, requiring the viewer to let them slowly seep in, like in a meditative process. Formally, he balances his drawings between the constructivist aspect of his time and in-vogue minimalism, where the focus is on the creative process along with the inherent field of tension between idea and execution.

Heyvaert's work is restrained and sober. It may be described as a fundamental formalism that testifies to an unusual simplicity whereby the artist directs his attention towards the material that mirrors its position in real life. The borders determine the form, the functionality, the beauty. René Heyvaert aims to evoke an experience that is best described as 'being in the moment itself'.