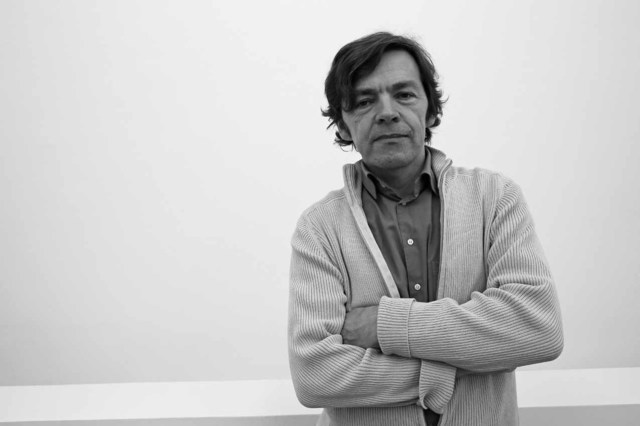 °1966
Born in Antwerp, BE
Lives in Melbourne, AU
Visit website

Sven 't Jolle was born in 1966 in Antwerp, where he studied art at the Royal Academy of Fine Arts from 1986 to 1990. Although his first exhibitions in the early 1990s already attested to a social interest that would remain constant, the current orientation of his thought took root during a trip to the North of France in 1997. ‘t Jolle tells how a crossing of Picardy led him to the village of Saint Leger, which he immediately associated with the French painter Fernand Léger (1881-1955), raised, by the amalgam and humour of 't Jolle, to the status of saint. It was during this Summer that the Forges de Clabecq, a Belgian steel factory located in Tubize, announced that they were closing down, which started a wave of demonstrations. Playing on words, Sven 't Jolle combined the French village, the homonymous painter, and the socio-economic events into the term: ‘tubism’. Tubism, a variant of Cubism proposed by Fernand Léger, lends its sonority, in the spirit of ‘t Jolle, to the social event, which had disrupted Tubize and Belgium

The anecdote illustrates the way Sven 't Jolle constructs his artistic reflection. Starting from sculpture, and sometimes other media as well, the artist reduces the boundary between aesthetics and social commitment. Openly a supporter of the underprivileged, the artist acts within the world of art; his struggle is not isolated from the reality he defends, and the artistic bubble does not constitute a withdrawal for him. The aim is to provoke a reflection on the social, political and economic situation among artists and viewers. In this context, 't Jolle pushes his work towards self-reflection and questions the possibility of a subversive art, which pleads for the working class to the economically privileged art public. The question itself becomes the subject of the work.

After several exhibitions in Flanders and Brussels, Sven 't Jolle exhibited in France and Germany in the late 1990s. He travelled to Middle Eastern countries several times and today lives and works in Melbourne, Australia.