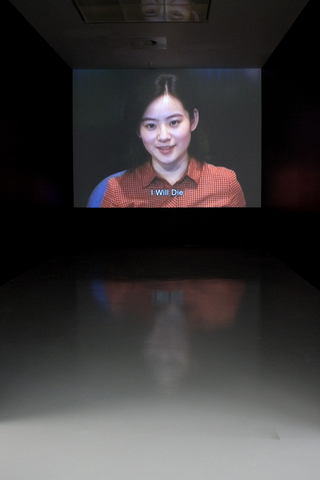 For the multi-channel projection I Will Die, Yang Zhenzhong filmed friends of different ages and from different social backgrounds while looking at the camera and repeating the words "I will die" in their native language. Then he took his project to the streets and filmed anyone who was ready to face the camera and say "I will die".

The younger people were more carefree than the elderly and the sick people, who were more reluctant to utter the sentence because ‘die’ is a word that brings back luck according to Chinese social traditions.

Short snippets confront the viewer with existential questions. The work challenges the viewer to meditate on mortality and immortality, truth and lies, facade and sincerity, fiction and reality. Yang Zhenzhong has gained wide recognition with this work. This work has several versions - due to differences in religion, culture and tradition, the sentences pronounced vary according to the different nationalities.