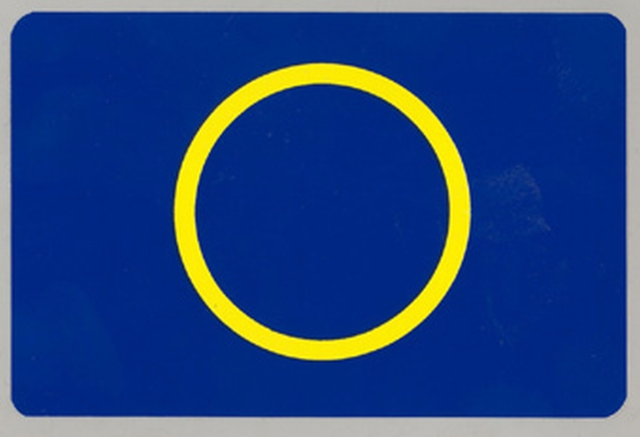 "The European flag symbolises both the European Union and, more broadly, the identity and unity of Europe.
It features a circle of 12 gold stars on a blue background. They stand for the ideals of unity, solidarity and harmony among the peoples of Europe.
The number of stars has nothing to do with the number of member countries, though the circle is a symbol of unity." (European Union)

In 1999, before the introduction of the single currency in 2002, Christophe Terlinden designed his Voorstel Voor Een Nieuwe Europese Vlag (Proposal for a New European Flag). Terlinden multiplies the twelve individual stars until a seamless golden ring is created. After more than fifteen years, the proposal remains poetic and political, both simple and complex. Terlinden observes his environment and engages in simple but effective actions. He plays with the things that already exist, but recalibrates them.