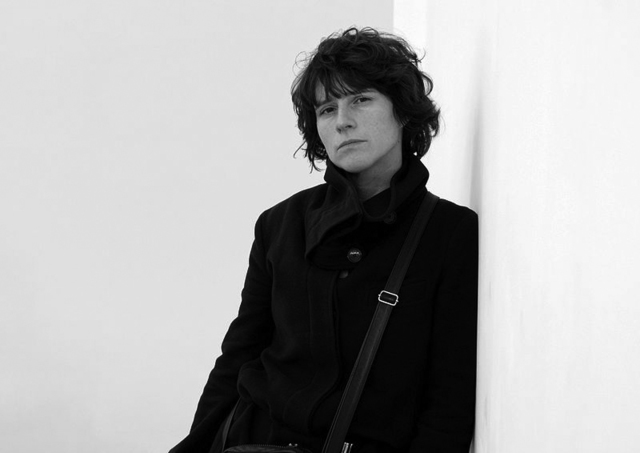 Charlotte Beaudry has been driven by a strong desire to paint from early on. Her artistic career has followed an unusual path: as a self-taught artist, she learned her technique by copying famous paintings. At the age of 19, she halted her art studies to go work with one of her brothers, Pierre Beaudry, a decorator in London. It was here that she learned decoration techniques, such as fresco, trompe l'oeil and patinas. She enters the art world at a later stage, through a series of regular and remarkable exhibitions that revealed the peculiarity of her work. In 2005, she won the Georges Collignon prize in Liège at MAMAC. In 2007, she received the CERA Partner in Art scholarship and the following year, she was nominated for the Ariane de Rothschild Prize.

Her working method is based on photographs and videos that she makes herself or finds on the web and collects methodically. In general, she chooses a topic according to the plastic dimension of the image, which she analyzes pictorially. She then enlarges and makes a close reproduction of it, making it both recognisable and strange at the same time. Compositions are always simple, frontal and located void of any context or location, so as to remove any references. She doesn’t try to tell a story, but wants to paint strong, direct acting images.

Her paintings and drawings represent varied subjects inspired by her daily life, in an intimate style, free of all pretense. Her most well-known series questions the difficulty of changes related to adolescent disorders. But when she paints precarious architectures (huts made of cardboard or fabrics), the themes that cover all her work are already present: change, precariousness, fragility, and uncertainty. It’s when she started following the evolution of Juliette, the daughter of her companion, who she photographed, filmed and represented in large portraits in motion, that she found her success. She painted the girl in inhibited or provocative poses, screaming or falling, trying to escape by hiding her face behind her hair, her hands or her sweater, as metaphors of the unstable emotional universe of adolescence, between the need for self-assertion and the desire to hide. After the Juliette series, Charlotte Beaudry continued with a series of painted, filmed and photographed portraits of five 19-year-old girls, Mademoiselle nineteen. Inspired by the film Masculin Féminin by Jean-Luc Godard, she questions these girls about their lives, their commitments, their relationship to the world.

The artist pushes this research further by addressing other equally realistic but increasingly ambiguous topics. A suggestive red bikini bottom, designed like a race car, half-open handbags revealing intimacy and provoking an irresistible desire to penetrate, empty and monochrome backs of masks referring to the notion of identity and dissimulation, a worn and pierced dart game, pink fingers nicely lined up on a black background that seem ready to attack, and so on. These subjects are intriguing and draw their sensual strength in suggestion. Whether it’s everyday objects, places or portraits of young women, Charlotte Beaudry's works reflect the nuances, sometimes ambiguous, of a feminine identity in search of her integrity.