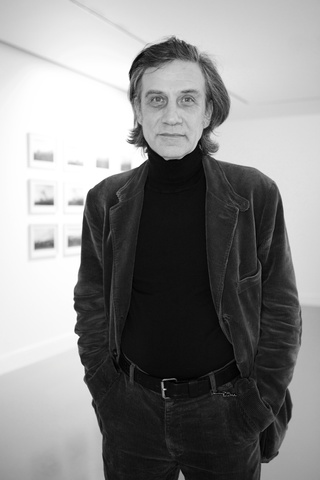 Koka (Akaki) Ramishvili (°1956) lives and works in Geneva. He is one of the many Georgian artists whose work has been strongly influenced by post-Soviet topics. His art has a political dimension, but it reflects on politics, rather than take a stance. Ramishvili uses various topics and media to react to the changes in values ​​he observes.

In the seventies, Ramishvili studies painting, but finds that he could no longer create ‘traditional’ artistic images in the long ‘transition period’ following the renewed independence of Georgia in 1991. Instead, he starts a continuous visual analysis of the new reality. For this reason he starts to make ‘documentary’ images (photos and videos) and sometimes appropriates images of other authors, which he places in new contexts. Another recurring theme in his work is the overlap of private and public space, and the influence of moments of general crisis.

In Ramishvili's work there is a continuous interaction between the various media he uses. The complexity of his work stems from an awareness of the specificity of each medium and the relationship with other forms of expressions. This awareness also leads him to greater accuracy in the different themes he intertwines.

Koka Ramishvili
War from My Window, 1991